This week in pictures...

**UPDATE** I didn't have pics of my cutie nieces but luckily Grandma did and sent some to me. Scroll down and see... 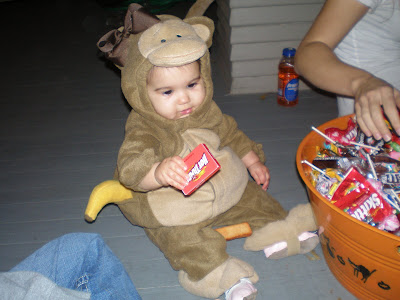 I hope everyone had a happy Halloween! We traveled to Dallas to trick or treat, meet baby Jake and Dan ran another 5K with David. It was a great weekend...

Halloween
We spent Halloween night at Emily and Jeff's house. Their street gets a ton of trick or treaters so we sat on the porch with our little Monkey and passed out candy. Sofia was a bit grouchy from a day of traveling and not enough naps but I think she still had fun. I know we had a lot of fun watching her in her monkey costume. Our good friends, Brooke and Nan and Kyle came by too. We love seeing them - it was a good time! 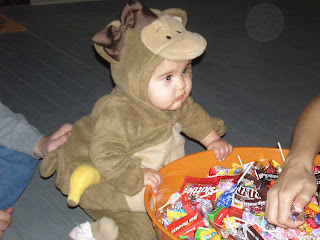 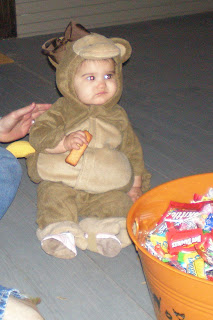 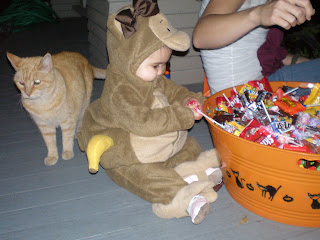 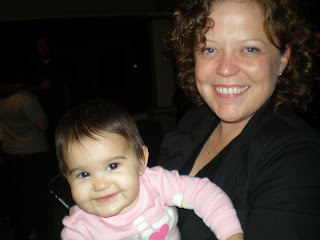 with Brooke D. in her glo-in-the-dark skeleton PJs 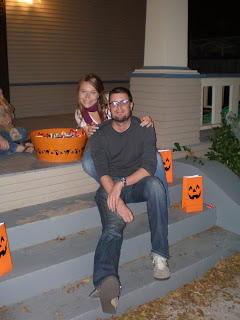 Even though we didn't get to trick-or-treat with him this year, here's Matthew Spider Man going down a slide at a carnival. As you can see, he's been working out... 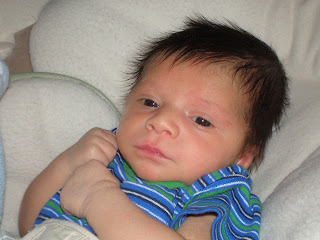 We also finally got to meet baby Jake! He is so sweet and laid back. He just hangs out and sleeps all day making little newborn noises. Julie is doing great and Matthew really loves him, at least while he's not busy playing. We hung out at David and Julie's on Saturday watching (my favorite) college football and David made really delicious fajitas. We all ate and played and enjoyed all the kiddos! 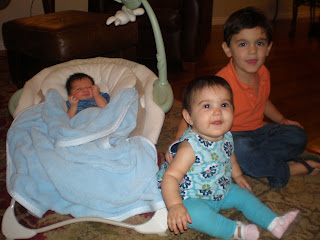 Jake (so tiny) Sofia and Matthew 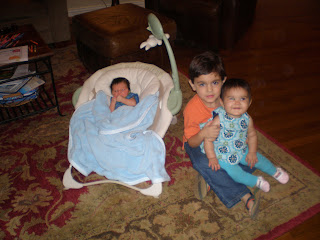 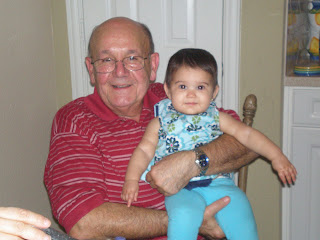 Sofia with her Bobo 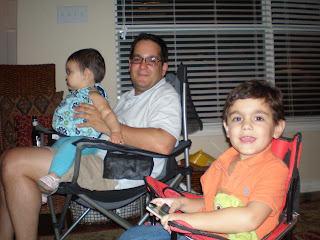 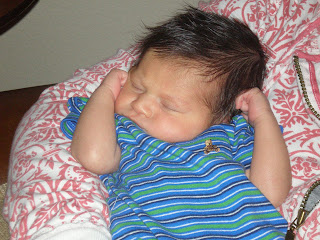 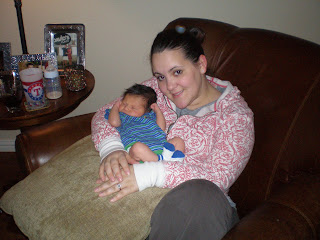 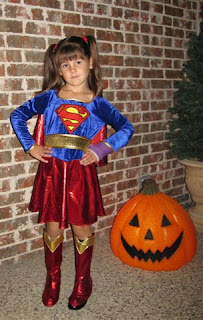 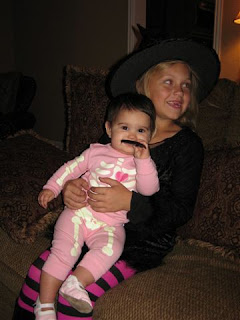 Caroline the witch holding Sofia... with a mustache? 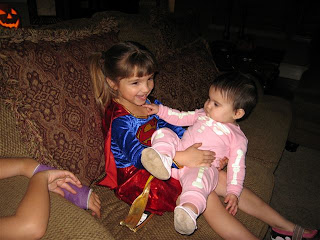 Ashleigh as Superwoman with Sofia 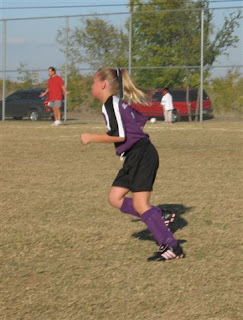 Caroline running up the field

She Knows Tricks!
Well, Sofia is developing and growing, she seems to change every day. She's even learning some new things which prove to me that she's actually listening to us when we talk (and maybe even understanding some of it!) Here's what she can do so far...
1. She knows "bye-bye" means to wave. She was continually throwing her sippy cup down from her high chair. Fed up, I finally just looked at the cup on the ground and said, "bye-bye," she looked at the cup herself and then waved. It cracked me up. So now she's been waving hi and bye pretty much on command.
2. Her grandma has been teaching her where her nose is so I've joined in and had been asking her where her nose was. One day she reached out and grabbed mine! At first I thought it was a fluke but more and more she points out my nose.
3. I swear, this morning Jax walked in the room and it sounded like she said "Jax." Who knows? But I think she's getting close. But then again, it also sounded like she said, "Obama" the other day while my friends and I were lamenting McCain's loss over lunch. Seems I've unwittingly raised myself a little democrat. Well, she and her Bobo can begin their debates early I guess!
4. She's developed a mad-face with sound effects and all! Here's what it looks like but you have to imagine for yourself how she breathes through her nose in and out really fast with her face all scrunched up like this. She usually does it when she's frustrated and apparently I frustrated her this morning at breakfast because there she was making the face and the sounds... Poor thing - mommy just laughs at her! 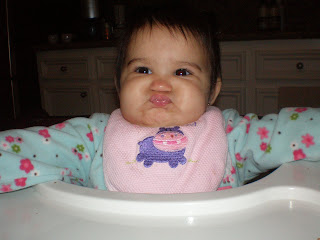 That's it for now... Much love, Angie, Dan and baby Sofs
Posted by Coussirat Clan of Houston at 9:10 AM No comments:

Blogs I Read | Life and Home